If they’re not just rebelling against the way things have always been done – not just snubbing the status quo – then what inner forces are at work?

Van Gogh
In architecture, as elsewhere in life, those doors can remain shut by an adherence to strict rules of what’s acceptable. Opening them may be difficult, may even require an act of courage. But, it’s unavoidable if one wants to break out. Fresh air and sunlight need to penetrate the dark recesses of a previously guarded and closed mind if one wants to be more receptive to life’s possibilities.

One needs to see again with eyes wide open in ways that are fresh. Personal growth requires it, as does an architecture that supports life. The difference is critical.

Choosing a path least traveled can be a quest for discovery, for a life more fully lived. This path, existing as it does, here, now, and on into the future, leads to an architecture rooted in the present and derived from relevant circumstances. 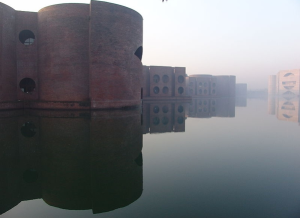 Louis Kahn
Although this kind of architecture may extract certain characteristics of older buildings that may be relevant in the present context, it avoids replication for the sake of a “look”. Rather than a denial of the past and all that’s appealing from history, it’s more an embrace of ones life as it might be now, as an adventure, a path of daily discovery.

Life and a deeper understanding of our nature as humans is a key driving force at the core of this approach. A search for what embraces us as individuals and rewards awareness of our surroundings drives the quest in each effort made to bring architecture into the world, into the landscape of our lives.

This path includes close connection with and acknowledgement of the earth, its nurturing rhythms and nuances – the land itself, the ever-shifting light and weather as it continually alters our perception of self and the world beyond. 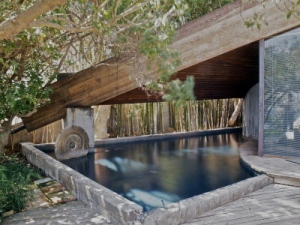 John Lautner
Environments built his way, embracing natural beauty, resonate with the earth by means of structure, space, and by the honest, authentic, and unapologetic use of those materials with which it’s built. 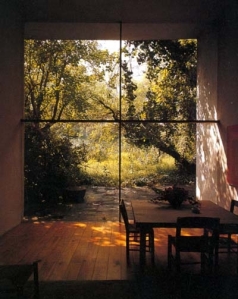 Admittedly, much of what passes for architecture of the present – contemporary architecture – follows a different path. More often than not, it adheres to rules that, while acceptable to professional peers, can fall far short of achieving its potential as environments that embrace life. Typical complaints are lack of character, uninteresting forms, absence of coziness, uncomfortableness, being unsupportive of domesticity, and coldness.

Award winning works of contemporary architectural art that evoke peak aesthetic experience for some, win the accolades of critics, and even satisfy their owners, might otherwise be impossibly cold and rigidly unfriendly environments for many.

Budgetary limitations, lack of commitment, conflicting aesthetics, or maybe just vision gone astray often get cited as reasons for these shortcomings. But, in the final analysis, an inability to clearly identify, evaluate, and then synchronize underlying priorities is more likely the cause. And this requires being open and accessible to oneself and others. Or, perhaps the fault lies with a simple failure of nerve. The end result in any case is one more opportunity lost, another building erected that fails to reach the best in us.

The kind of architecture I’m suggesting here as an alternative may not come easily for some. But that’s not because the approach is unusually difficult. More likely it’s because achieving it requires open minds and a shared vision. And, if that weren’t difficult enough, a firm decision to pursue that vision must be made and committed to by everyone involved.

All this is possible. We all stand to benefit. Following the path least traveled, such as the one I’ve been sketching, offers rewarding results. What’s more, it can make all the difference. 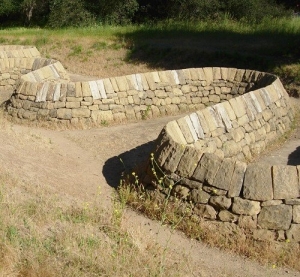 “A Path Least Traveled – Part2, p.1 appears in full on my website.

One thought on “a path least traveled…Part 2…the path – p.2”