What’s so important about space? Why does it hold such a prominent role in architecture?

Space, the terrestrial kind we’re most familiar with – the kind that enters frequently into conversations about architecture – surrounds us with its presence, and, as a consequence, exerts a life-long influence over us. 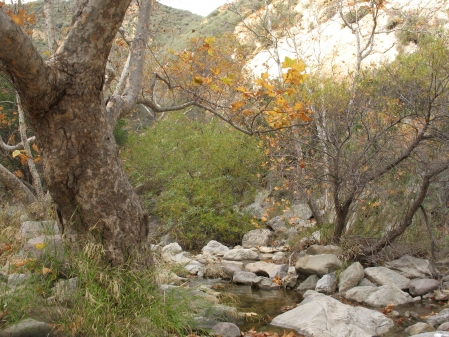 Naturally enough, it occupies an important place in the mental landscape of an architect. Introduced early on as a core concept in our architectural vocabulary, its status as a prime mover in our thought processes when designing may fluctuate over the years, but it continues, nevertheless, to always be a major factor in our designs. What that means is that architects, through their design of space, exert a life-long influence over all of us.

If you’ve ever heard an architect speak, ‘space ’, like code, dots their conversations. Did you understand what you were listening to? You may nod your head in a knowing way, but given the enormity of their influence in our lives, it would be reasonable, perhaps, to take a closer look.

Two influential historical sources on the concept of space:

“a building’s reality is the space within.”

If you’re not an architect and the above aphorisms frustrate your requirement that definitions be more rigorously precise, indulge me for awhile as I attempt to shed some light.

Let’s begin with a look at how the Dictionary defines space:

For most of us, the dictionary definition would be hard to quarrel with and probably comes closer to how we typically use the term space. So, why then, are Lao-Tse’s and  Wright’s formulation so meaningful to architects? Why would a poetic view of space take precedence over a more objectively rational definition? After all, insofar as architecture primarily encompasses building technology, precision of definitions, you would assume, is necessary. And, of course, you’d be right – when the appropriate time for it arrives later in the design process.

Part of the reason for thinking poetically, or metaphorically, is its relative fluidity. The opposite approach – demanding precision too early in the design process – is a sure way to hobble ones creative efforts. Anyone who is creative knows this. It’s important to stay creatively loose as long as possible. Precision comes later when ideas need to be tested.

Also, there’s something else to Lao-Tse’s and Wright’s insights beyond poetry.

Thinking of a building as the ‘space within’ sets the stage for focusing on the experience of ‘being’ within a building, of how one experiences oneself within those interior spaces.

The architect, Steven Holl, put it this way:

“Experience is the ultimate test of design. Moving through…space, incomplete perception in how a building can draw you through, the quality of the materials, the smell, the sound, the quality of the light – these things are all interacting in an enmeshed experience. That experience needs to be felt with the body moving through space. The body becomes the measure of space-perception.”

There’s another explanation for focusing on the space within: Before Wright came on the scene, architecture was commonly regarded more as an object. It’s primary frame of reference was the street elevation. What could be seen and therefore more easily grasped and manipulated, i.e., what was solid: the floors, walls and roofs, dominated building design. Except for finishes and furnishings, interior spaces became secondary to overall appearance.

Yes, there were exceptions: Gothic cathedrals, where capturing an experience of heaven above, joy if possible, or the weight of ones relative smallness in contrast, by means of a very tall interior space, lit from above by mysterious light, drove the design of the built structure.

And palaces have been built over the centuries where the rooms that accommodated the public, enormous rooms with high ceilings and with long approaches, were designed to impress and intimidate.

And, then, just as Wright’s career was taking off, George Wyman in Los Angeles designed the famous Bradbury Building, one of the great works of 19th century architecture. In case you’re not familiar with it, the Bradbury’s defining characteristic is its 5-story, glazed brick-walled interior atrium space lit from above by an enormous skylight. Purportedly influenced by a book of science fiction, “Looking Backward”, Wyman wanted to create “a vast hall of light”. His vision of the space drove the design of the building. 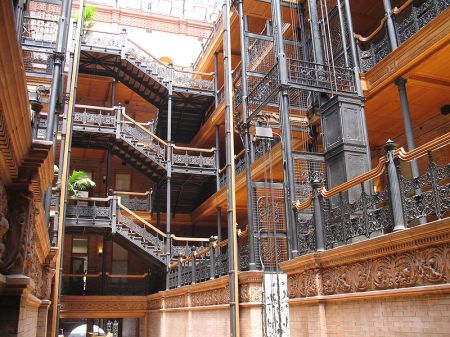 With Wright the perception, that the spaces within shaped a building, transposed into what evolved as his unique architecture. The experience of living in those spaces, moving through them, being in them was primary. That which contained and filled the spaces followed. Encapsulating this way of regarding space poetically, as he did, served to underscore its value, its contribution to the art of living well.

His way of thinking about the nature of buildings, reincarnated from ancient Taoism, became an effective means to getting his kind of architecture built. The main hall of the Johnson Wax Headquarters, or the Guggenheim museum are superlative examples. On a residential scale his Usonian homes capture – are shaped by – Wright’s vision of domestic life, the experience of living fluidly and intimately connected to the earth.

And, finally, there’s yet another way to think about the relationship between buildings and the spaces within: architectural space, being the void within the containing building envelope, i.e., the floors, walls and ceiling, acquires it’s physical characteristics from the characteristics and positioning of those components and from whatever occupies it, such as light, furnishings, and other people. In other words, space is not an entity independent of what defines (contains) it.

Space is not something that can exist by itself. Its envelope and everything that occupies it are actually an inseparable part of the whole called a building.

As the components containing the space are selected, placed and treated, so the spatial characteristics unfold – and, therefore, how we the occupants ultimately experience it.